Save money at the gas station with these credit cards

How to clean your washing machine

Covid-19 and New Zealand: what you need to know before traveling there

Each state’s best places to live on a fixed income

Social Security payments to retirees average $1,548 per month. The annual benefits for a single individual come to $18,576, while the yearly benefits for a couple come to $37,152. This is almost $31,500 less than the median household income in the United States, which is $68,703, based on the most recent numbers from the United States Census Bureau.

To put it simply, to live on a fixed income implies having little to no control over how much money you receive each month and relying instead on sources like Social Security, pensions, and inheritance. Living on a limited income can be particularly difficult to deal with unpredictable costs, such as the ups and downs of the real estate market.

The median price of a home in Racine is $138,222, up about 8.14 percent in a year. Suppose unexpected bills deplete retirees’ savings. In that case, a rise in the value of their home may be their only source of financial security.

With a typical home value of $89,994 and a year-over-year increase of just 3.32%, Huntington has one of the lowest home prices compared to the other cities in this study. Rent is also low, coming in at just $854 per month, and has dropped by roughly 3% year-over-year.

The median value of a home in Moses Lake has increased to $273,071 in recent months, representing a roughly 18% increase from a year ago. A growth of 2% from the previous year ranks as the second most significant increase. But rents have been falling, with the average monthly rent dropping by around 2% to $888.

Martinsville is a great place to settle down for retirees or others on a budget, as the city’s median house value is only $82,335. The housing market is solid, with an annual appreciation of roughly 4.84%.

Compared to the rest of the country, Rutland has a far more affordable median home price of roughly $83,000. The property value appreciation rate is 9.27%, which is decent but could be more spectacular. The average rent dropped to $1,018 this year, a fall of over 1% from the previous year.

Someone living on a fixed income may appreciate Alice’s affordable housing. With a property value of $93,507 and a year-over-year increase of less than 5%, it is still one of the most affordable cities despite the rise in rentals. Typically, rent is $913 per month.

With Shelbyville’s modest house prices, retirees and others on tight budgets can afford to settle there. Nearly 10% annual growth was seen in the metro area’s median home price. Rent is another way that people on fixed incomes might save money. Morristown, New Jersey’s typical monthly rent grew by 1.27 percent from $800 in 2020 to $831 in 2021.

Aberdeen’s rental rates have been rising at a rate of about 4.44 percent; however, even with this increase, the average monthly rent is still around $810. Meanwhile, housing prices rose 3.17 percent from a year ago, reaching $177,917.

There is no state income tax on Social Security in South Carolina. With a typical house value of about $108,731, Orangeburg is the most fantastic city in South Carolina for retirees on a tight budget. Furthermore, rental prices increased by 6.10% annually to an average of $779 per month.

Woonsocket, in Rhode Island, is more affordable for retirees than Providence or the rest of the state due to its lower cost of living. Home prices are lower than average ($108,731), and rent is more than average ($1,219/month) by roughly $197.

Zillow reports that the state-wide median house value in Oregon is $536,921, but in Roseburg, it is only $272,470. Yet, the market is evolving, with housing values increasing by roughly 14.29% annually. The average monthly rent now totals $1,216, an increase of about 2% from the previous year.

Fargo had a year-over-year rise in home values of roughly 7.56 percent. With this increase, the average monthly rent now sits at $988, a 4.4% increase from before.

Raeford is experiencing a rise in home values and a fall in rental prices. The median price of a home rose by 3.47 percent to $175,012, while the median rent rose by only 0.9 percent. However, the typical monthly rental is still $860.

Prices are rising, but Alamogordo is still a fantastic place to live on a budget. The typical home price in the city is currently $145,479, representing an annual increase of roughly 4.85%. The cost of renting a place went up by 4.3%.

Kearney, Nebraska, home prices are roughly $50,000 cheaper than the national average. In Kearney, the median value of a home increased to $236,999, representing a growth of almost 5.35% annually.

Average rent in Butte increased by less than 2% over the past year. Hence, retirees need not worry a great deal about affordability. However, property prices rose roughly 10.13 percent to $166,952.

The median home value in Joplin is $130,466, and the median rent is $814, both much lower than the national median. Year over year, housing values and rentals increased by 7.38 and 8.24 percent.

Winona’s housing market is reasonably stable, which is good news for first-time buyers on a budget. The average home in Winona is now worth $186,452, a 6.5 percent rise from a year ago. The average monthly rent dropped to $808, a savings of $3.

West Springfield has a median house price of $275,707. Comparatively, the median home price in Massachusetts is $508,232, which is significantly less than the national median value by around $12,000. The city’s home value appreciation was approximately 10.81% in the past year.

Although rents in Bowling Green are reasonable for retirees, the city’s housing costs are rising. Median rent is $928, an increase of 3.3% year-over-year. A home’s median price is $192,853, which is over $95,000 lower than the national median but is up by less than 1% from the previous year.

The property and rental markets in Burlington are stable, with home values rising by around 2.69 percent annually and rents rising by about 4.4 percent. One of the most affordable cities on the list, with a typical property value of $96,243.

The median home price in Richmond is now $99,402, up around 5.25 percent from the previous year. The good news for tenants on a fixed income is that rental prices have been relatively constant, increasing by only 1.2% annually.

With a median value of only $73,009, Galesburg has the lowest median house value of any city analyzed by GOBankingRates. That’s excellent news for those on fixed incomes who want to buy a home since now they can. Both home prices and rental costs have stayed relatively stable over the past year, making both options reasonably priced.

Pocatello, Idaho, saw one of the most significant annual property value increases (18%) in the study’s sample. At its current $231,035, the median home value is still nearly $56,000 below the national average. Prices for monthly lodging increased by 1.54%, reaching $872.

Statesboro real estate values are stable at $162,557, up only 1.20% year-over-year. In the same period, rent increased by 1.43 percent but averaged only $837 per month, below the national average.

The state of Delaware is unusual in that it does not impose a sales tax. As one of the few states that do not tax retirement income from the federal government, this is a great area to settle down after retirement. Median home prices in New Castle reached $264,884 last year, up 11.88% from the previous year, while rentals went up 2.79%.

The median property price in Pueblo is currently $244,009; however, it is rising quickly and has increased by roughly 17.90% annually. The rent pricing has remained the same over the past year, and the monthly average now sits at $908.

Consider Sierra Vista if you want to buy a house on a fixed income, but don’t wait too long. Over the past 12 months, Sierra Vista saw one of the most significant increases in home value, with a rise of over 12% year over year. Rents increased by the same amount, $12, to $994 per month on average; nevertheless, this is still below the national average.

Alaska is one of the finest states to retire to if you’re on a fixed income because it has no income tax or sales tax. The typical home value in Fairbanks is $255,438 (lower than the nationwide median of $287,148), up 12.09% year-over-year. In addition, renters can rejoice since the median rent in Fairbanks has dropped by around 2.3% annually.

Alabama is the perfect place to retire on a fixed income if you want to make your money last as long as possible in old age. The property market in Jasper is consistent, making it a good option for retirees or others living on a limited income. A year-over-year increase of 4.84% in home values was offset by a -0.1% decline in rental rates. Furthermore, housing is also relatively inexpensive, with a median property value of $126,233.

What is a Social Security IRS TREAS 310 deposit?

How to decrease or eliminate your tax burden on lawsuit settlements

Tendai is a Nexym Finance writer. Having a knack for finance, he started investing at 21 growing his own wealth and that of his family's. After getting an MBA from the Wharton School of Business, he went on to work in high profile hedge funds in New York. He now runs his own financial management company from sunny Florida. 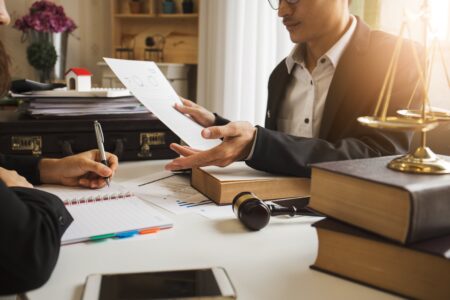 How to decrease or eliminate your tax burden on lawsuit settlements

What is a Social Security IRS TREAS 310 deposit?

Save money at the gas station with these credit cards

You can save money on your next fill-up using one of these credit cards for gas. Compare the best deals and find a card that fits your needs.

How to clean your washing machine

Covid-19 and New Zealand: what you need to know before traveling there

How to lose 2 inches of belly fat in 2 weeks